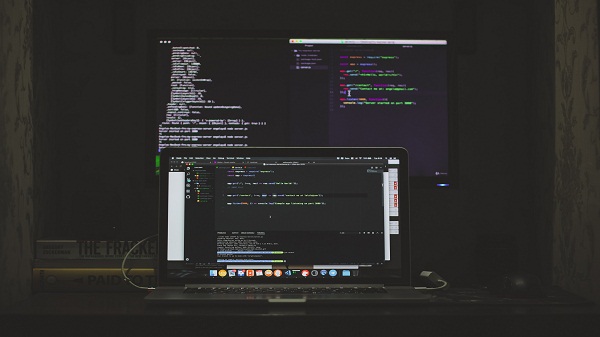 It is always remaining an evident fact that technology never stays in one version. Meanwhile, as time moves, it keeps coming up with the updated version of its previous model. What does it do? It keeps catching the attention of users to remain in touch with smart devices and mobile applications.

However, an application can be stated as the life of smartphones. Because that's are the application which expands the usage of mobile phones in a wide range. But, in addition, the functions and features in smartphones, the fast processors implanted in mobile phones. Indeed, they only become useful when we have applications.

Further, these applications are not that quick and easy to develop. It requires time to get an app. In addition, it requires platforms, and for that platform, you need a team of the developer as well. Similarly, the developer team can map out your vision and turns it into reality.

Subsequently, all smartphones have an operating system. These apps require guidance to get develop and launch.

In present times, there are two dominating play stores in online word, Android and IOS. Meanwhile, each platform of developing an app for these play stores has different pros and cons. However, the mobile app development company in West Palm Beach always comes up with creative ideas that make the development process easy.

However, among these platforms, there is a flutter which is an open-source UI development software. It was build and main by Google. Above all, in recent times, Flutter has become a go-to tool for developers.

Previously, Flutter was known as the sky. The last prominent version of Flutter comes in December 2019, which works on all of the feedbacks of users. Most importantly, flutter developers invest their crucial time developing more exceptional features and improving app functionalities in the best possible way. Moreover, this platform is open source and free to access.

However, for the more incredible approach, it uses the Dart programming language and C++ rendering engine. In addition, most of the tools and platforms have some features and functionalities which only can be used at the tie of subscribing premium version. What Flutter does is that it gives a wide range of ground to a developer to work on the features like camera, geolocation, networks, storage, and a lot to count. Similarly, with Flutter, developers have an opportunity to design attractive designs as well.

Certainly, Flutter is not only helping to develop user-friendly apps, but it gives a great helping hand in the development phase. That's is where Flutter remains exceptional, keeps continuing according to the user's satisfaction. Further, this is the approach that makes Flutter an outstanding mobile development tool.

Flutter is fix up with essential and exceptional features, making it a go-to tool for the developers. Let's discuss some of these tools.

At the time of developing any software, updating software always remains a big concern for the developers. Meanwhile, to erase this concern and face this issue, Flutter comes up with a hot reload, which helps developers track all the software's update levels. With that feature, you do not have to reload the page every time.

Because of its cross-platform nature, it adds a lot of functionalities and mechanism which helps developers to build magnificent apps.

The advantages of Opting Flutter

The Flutter is not embedded with the features of hot reload and cross-platform. Meanwhile, there is a lot to offer in a flutter. Some more benefits flutter allows grasping at the time of development. Moreover, with Flutter, you will be able to build an app that proves user-friendly. Therefore, it always remains an exceptional choice for mobile development tools.

Further, as we are aware of the newest games trends, Flutter can support developers to insert the game features and build creative gaming applications.

To make an appropriate app which designs make an impressive impact on a user. Moreover, Flutter gives support in this scenario to develop a great UI of the app. With the modification approach, any developer can customize UI in the minimum steps. Further, there are libraries and essential tools available that come up with the helping hand in building extraordinary UI apps. Above all, through the guidance of Flutter, the development process becomes fast, easy, and unique. The changing characteristics guide the building process to develop powerful apps.

It has been a supreme path for developers when developing apps that will get advance with time. Indeed, for the longer growth, companies always approach developers to advance the features and functionalities of the apps. Meanwhile, most of the issues get resolve because of the dart programming language. Similarly, Dart uses at the moment of building brilliant apps for not only Android and iOS. But, involves desktop and web applications as well.

Moreover, it makes the developing process enormously straightforward when it allows the one code to run on the different platforms, which enhances the efficiency as well as gives a boost to the development process. Sometimes, companies require to have an app that can run on all cross-platform devices, and Flutter is a platform to go with.

The companies always want their application development process to get complete as soon as possible. Therefore, developing a flawless application without any errors and bugs is the way to go and approach the new trends. Above all, the market always chooses eager to launch their products in the fastest manner. Meanwhile, with Flutter, this tradition is easy to hold with. As soon an individual developer has done the changes in the codes, they are viewable in a short period. Further, at this moment, hot reload develop UI, include more features, and fix errors.

However, it also provides support for the devices that have not been up to the mark in the specifications. It always remains a big issue for developers. What Flutter do in that scenario is that it allows an app to interact with the same way on older versions of Android or IOS device like its running in the updated operating system. It looks ordinary, but for developers, it's a considerable relaxation. Moreover, it helps in reducing the cost as well as save a lot of time for developers.

As we try to make a tool a powerful and perfect one, there will always have some kind of cons. Meanwhile, the developers try hard to make an app or platform more extraordinary in the means of performance, features, and functionalities. But. There always remains a side that requires more and leaves a part of the disadvantage. In addition, Flutter also has some issues which should mark and resolve. For instance;

Absence Continuous assistance- Certainly, it is evident that Flutter has consistently promoted the user's satisfaction. But, moreover, there are some areas which still require attention to get enhance as soon as possible. In addition, you can take the help of social media or some third-party platform to get the benefit.

The Restrictions- In the broader ground, some limitations Flutter has. Meanwhile, because of these restrictions, developers are trying to get the shortcut to resolve some issues. The shortcuts because of some limits, you cannot perform the precise mechanism to do that.

In conclusion, there is one more reason for Flutter being that famous. Moreover, the reason is it's a tool kit byGoogle. It keeps helping Flutter to get the attention of the audience. From building apps for web, desktop, and mobile,it does not remain stagnant when developing an app for specific brands. Likewise, from creating an app from small brands to large brands, development with Flutter is user-friendly without errors and bugs in such small time. Meanwhile, that fast process does not affect the excellency of an app. Similarly, the custom mobile application development keeps transforming the building process for custom apps.

However, despite some drawbacks, it gives some great features that cover the disadvantages. It can be known as a trend change in building powerful applications which are full of potential. In addition, the classifications and comprehensive details which have been providing above are enough to call this platform a tool of 2021 and the future. Certainly, Flutter can give an accurate image to your vision and give you a solution to your problem.