Company
FiveDotTwelve
Project For Industries
What type of Project it is?
What Technologies you have used?
Flutter, GraphQL, Circle Integration

URLs of the App (One URL in one line)
https://play.google.com/store/apps/details?id=com.onoco&hl=en&gl=US
https://apps.apple.com/pl/app/onoco-newborn-to-toddler-log/id1529620090

Onoco is a parenting mobile app serving parents and child care attendants to make it easier for them to track the baby’s activities and overall progress. Other similar apps focus either on tracking, baby journal, baby’s development or planning. Onoco combines all these features and introduces other useful ideas helping to take care of babies in the best possible way.

The founder of Onoco came to us when she was looking for Flutter developers as she had chosen that technology for her startup. Her idea was to create a parenting mobile app for modern parents to provide them with safe and convenient childcare support. The goal of this project is to:

Our Partner already had the designs so we started our cooperation from 2-days workshops during which we put them into analysis, introduced our ideas to make them fully functional and conduct an in-depth research to fully understand the needs of the app's users.

This gave us a chance to discuss all the challenges at an early stage and to start the development being prepared better, which has also led to fewer problems during development. We’ve also got to know our Partner’s vision for the app and her requirements. Thanks to the workshops, we’ve also implemented lots of improvements for the designs we received, which included some logical fixes.Then, we were responsible for the mobile app development, backend development, testing and product launch. In the next stages of the project we also take care of preparing further mobile app designs and animations and develop the app. We're still working together on creating new features as well as supporting, maintaining and taking care of the app's performance. 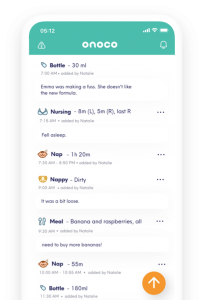